The places we inhabit affect our outlook and our wellbeing, which makes location particularly important when planning a vacation. When Arthur Train scoped out the perfect spot to build his Bar Harbor mansion, years before Acadia National Park came into being, he chose carefully. You can reap the rewards. Just stroll out the driveway, down the road and walk right into Acadia. The location gives you two points of easy access to the park: Schooner Head Path and Compass Harbor.

George Dorr designed Schooner Head Path. Considered the father of Acadia National Park, Mr. Dorr, a Boston lawyer and philanthropist, gained federal protection for Acadia and served as its inaugural superintendent. Along with the Rockefellers, Astors, Fords and Vanderbilts, he built his estate in the late 1800s along the Bar Harbor coastline, and he did so just steps from Sol’s Cliff House.

Schooner Head Path was built in 1901, near to Mr. Dorr’s house and the spot where Sol’s Cliff House was later built. The path offers a relatively flat walk through the spruce forests to the sea cliffs south of Bar Harbor. According to the New York Times, “it was a classic Acadian ‘broad path,’ wide enough to walk arm-in-arm and topped with crushed stone so the gentry could wear dress shoes.”

You can start on Schooner Head Path and in a couple of miles find your way to Sieur de Monts Nature Center and the Wild Gardens of Acadia. There you can connect to the beautiful Jessup Trail boardwalk through Acadian bogs and birches, or make the 1,100 foot Ladder Trail ascent to the top of Dorr Mountain and take in all of Bar Harbor from above. The Island Explorer Shuttle Bus has a pickup and drop off point at the Nature Center as well, making the possibilities endless.

The entrance to Compass Harbor is opposite that of the Schooner Head . This web of trails is a smaller section of the Acadia trail system but leads to the forested George Dorr estate, which today is simply a foundation of his original home. The trail continues to the granite outcropping called Dorr Point which overlooks Frenchman Bay and Bald Porcupine Island. The adjacent cove, aptly named Compass Cove, is the perfect place to take a dip or slip into a kayak and explore the coastline. This is truly one of the most beautiful coves in Bar Harbor and wonderfully secluded.

The proximity of Sol’s Cliff House to Acadia National Park is one of its most appealing features, great for guests visiting for family reunions, yoga and corporate retreats, team and relationship building, weddings and rehearsal dinners, artists groups, avid hiking, getaway for friends and boot camp aficionados. 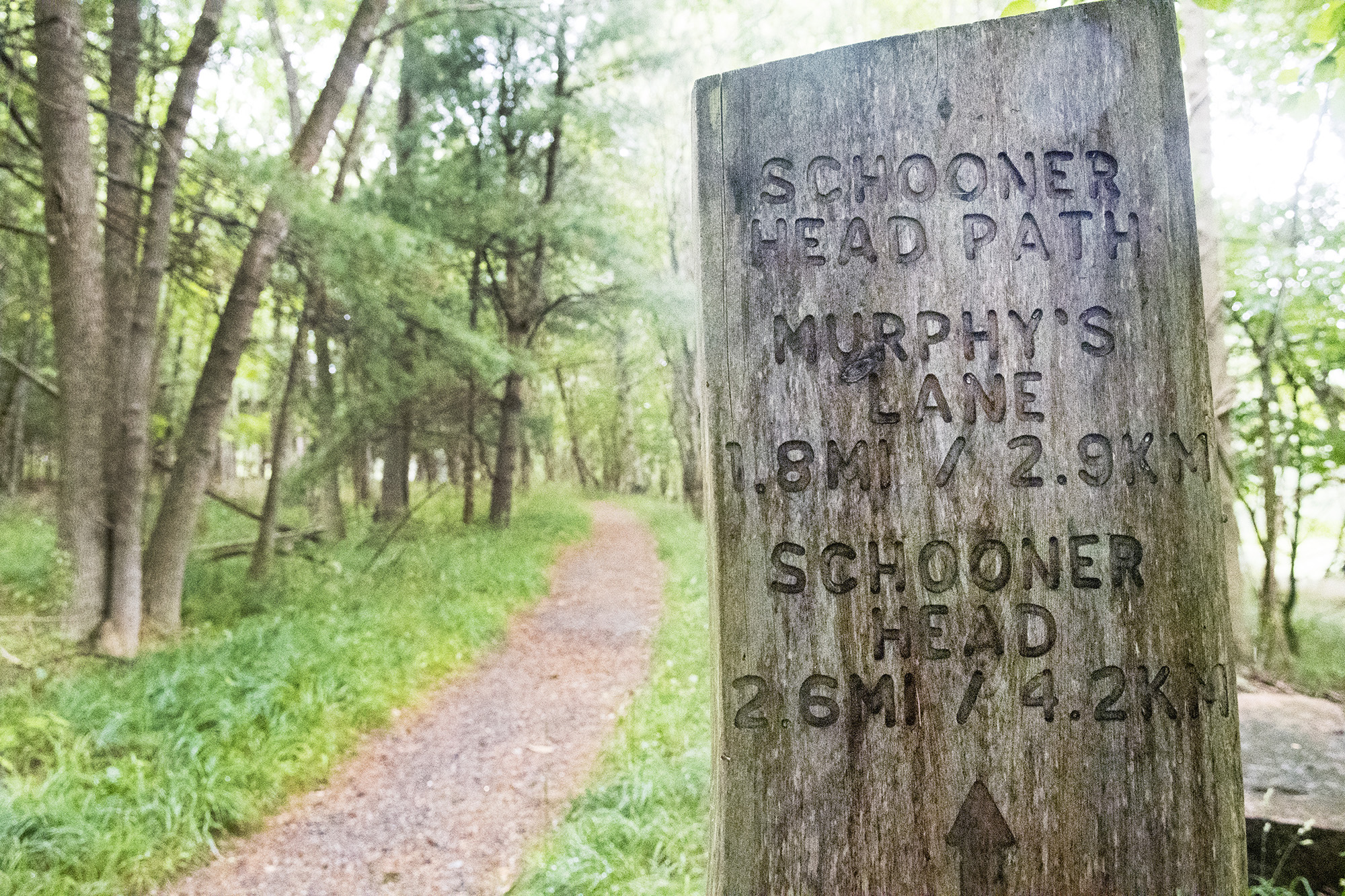