Remember the Maine, Too

Remember the Maine is the traditional Sol’s Cliff drink. A wonderful tradition imbued with history, infused with berries and enjoyed by all. The drink itself has quite a history.

In 1898, the U.S. naval ship The Maine was resting off the coast of Havana during a standoff with Spain, which controlled Cuba at that time. Suddenly, and seemingly without reason, it exploded and sank, killing 266 of the 350 men on board. Though the exact cause is still debated, the press claimed a Spanish torpedo was to blame. Immediately the rallying cry “Remember the Maine, to Hell with Spain” was coined and on April 25, 1898, the United States declared war on Spain.

The drink itself gained notoriety when Charles Baker, famed 1940s writer of libation adventures, wrote of this particular concoction, ironically referencing the 1933 Cuban Revolution during which Dictator Machado was overthrown and during which Baker was sipping drinks in Havana:

“REMEMBER the MAINE, a Hazy Memory of a Night in Havana during the Unpleasantnesses of 1933, when Each Swallow Was Punctuated with Bombs Going off on the Prado, or the Sound of 3″ Shells Being Fired at the Hotel NACIONAL, then Haven for Certain Anti-Revolutionary Officers.”

Perhaps it was our own legacy stemming from a grandfather who was one of the Rough Riders, or maybe just Mr. Baker’s lovely description, whatever it was that made this drink a Sol’s House tradition, it lives on. And here it has a character all its own, as only at Sol’s Cliff House are blueberries added to the mix. 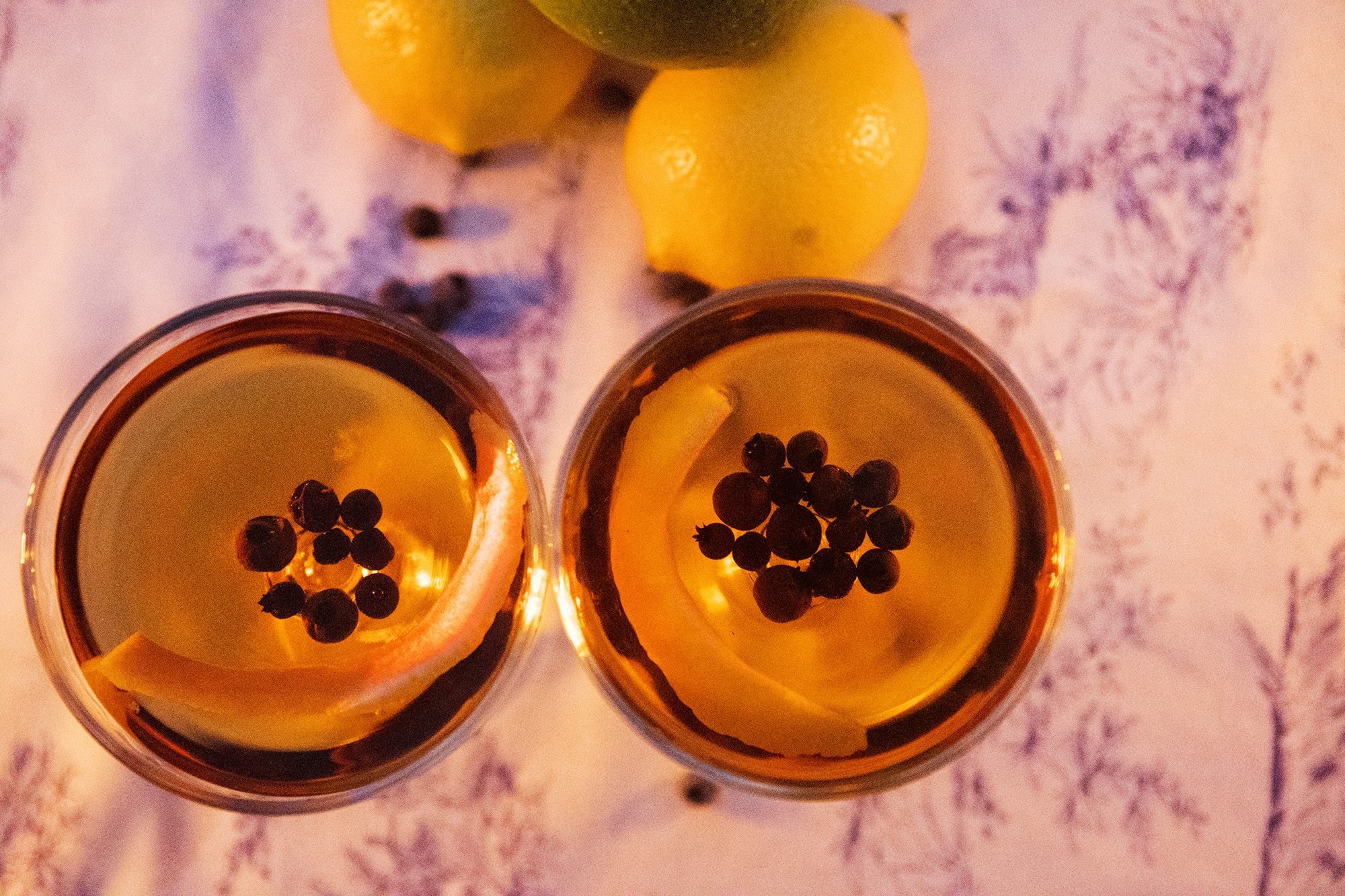 Combine ingredients in a mixing glass and fill with cracked ice; stir well for 20-30 seconds and strain into a chilled cocktail glass. Garnish with lemon twist and brandied blueberries.